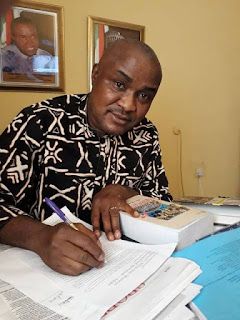 There are signs in the horizons near us to show that the Nigerian Youth as a collective is in the throes of hydra- headed misfortunes.

Take for example the case of the last five years since the dreaded armed Islamic terror group known as boko haram embarked on destructive campaign of terror in the Northern parts of Nigeria.

What do you see? The bulk of the top fighters and casualties of these spate of attacks are mostly youthful members of the populace.

At the last count, over 30,000 Nigerians have died as a result of bombing attacks masterminded by the boko haram terrorists.

Let’s even look at the profile of those who were killed here in Abuja on the many occasions that the youth-led boko haram terrorists struck in places like the United Nations Abuja office, the Nigeria Police Force headquarters.

Such other venues of mass bombing campaign like Emab shopping plaza in wuse II, Abuja and the most tragic of them all, the attack at the bus park in the outskirts of Abuja in a place known for being densely populated called Nyanya.

The greater percentage of those who died were mostly the younger members of our population.

Still analyzing the circumstantial deaths suffered by the youth in the last two years most especially, we need to take closer introspection of the casualties of the major cases of extralegal executions of unarmed protesters in the South East of Nigeria and in Zaria, Kaduna state carried out by armed security forces targeting members of the indigenous people of Biafra (IPOB) and the Shiites Islamic movement.

The majority of those who died from these crime against humanity perpetrated by the Nigerian security forces were the youth.

Then if we decide to critically analyse the crime statistics in Nigeria, what we will discover is that a clear majority of the suspected criminals are very young persons which is why the prisons are hugely over populated with young citizens.

The same is the story with the statistics of detainees in several detention centers administered by many law enforcement agencies.

Take for instance the police; what emerges is clear that most detainees are youngsters just as many of these persons have died from circumstances that can be classified as extralegal executions.

At a point, a one-time United Nations special rapporteur on torture visited some police detention facilities across the country and came up with extensively damaging reports indicting the police of alleged widespread extra judicial killings of crime suspects.

Majority of these persons killed were young persons.

Again, in Anambra State during the administration of Mr. Peter Obi as governor, over three dozen corpses of youngsters dumped by the river side by the police were found.

Are we also talking about certain social vices that are pervasive in Nigeria such as drug abuse, trafficking, human trafficking and violent cultism?

What do you see? Over 90 percent of these alleged offenders are youngsters.

Both the National Drugs Law Enforcement Agency (NDLEA) and the office of the Nigerian Senate President have expressed strong opinions about the unprecedented number of young Nigerians currently engaged in these misdemeanors.

This scandalous reports of youth involvement in drugs and drugs related crimes are disconcerting for a number of reasons, one of which is the high rate of mortality of the young persons and the high rates of mental cases involving young Nigerians. All these boils down to the cumulative loss of significant percentage of youthful productive population. If the youth are the leaders of today and then you find out that a majority of these persons are social deviants, the consequences would reflect in the quality and standard of political leadership.

The concern raised by senate president Dr. Bukola Saraki as adumbrated above is understandable.

First, the Senate President as a young Nigeria emerged powerfully in the political scene courtesy of his late father’s mentorship.

He defied all challenges confronting the young persons fed with silver spoon to establish himself as a force to be reckoned with.

His sister followed his footsteps and also emerged powerfully in her youth to become a Senator.

Bukola Saraki is a father with young children.

The senate president is the Chairman of the National Assembly session currently under whose watch the green legislative chamber has just passed a legislation lowering the  ages for qualification to run for strategic political offices thus creating more opportunities for very young Nigerians. The not too young to run bill is soon to be signed into law.

The above profile clearly situates the genuineness of his concern for the youth and his avowed pledge to legislatively guide the youth to embrace the path of lawfulness by dropping those bad habits such as getting hooked on hard drugs and other criminalities. But pressures must be mounted so his words are matched by action.

Abubakar Bukola Saraki who received a delegation from the Pharmaceutical Society of Nigeria (PSN) led by Mr. Ibrahim Yakasai to discuss the recurring menace of drug abuse and misuse in the country.

The Senate President expressed his readiness and those of his colleagues to look into the amendment of NDLEA Act in order to curb the prevalence of drug abuse and illicit drug trafficking in the country.

Saraki also promised that a Motion will be raised on the Senate floor to adopt measures in ensuring that this trend is halted in the interest of the people and the society.

As promised, the Motion was listed on the Order Paper and debated on the floor of plenary and the following resolutions were reached amongst which are;Mandate its Joint Committee on Drugs and Narcotics and health to investigate the growing menace of cough and other prescriptive drugs abuse; Urge the FG to partner with stakeholders, traditional rulers, Pharmacists councils, NGOs to create framework in fighting this category of drug abuse and urge NAFDAC to embark on a vigorous sensitization campaign on the dangers of drug abuse and steps on achieving a successful rehabilitation for people with the addiction.

In a short speech made available to this writer the Senate President said thus:”Drug abuse causes a wide range of medical, mental and behavioural disorder which increases violence, criminal behaviour and exposes young people to sexual misconduct, STIs and HIV/AIDS.”

Saraki had explained that on September 29th, he expressed his concern on the rising drug menace in the country.

In more pragmatic fashion Dr. Saraki stated thus:”While drugs like cannabis and cocaine have affected many youths across the country, these days, codeine cough syrup and other prescription drugs have become “the new cancer” that is ravaging women and girls — specifically in the Northern part of the country.”

The Senate President’s well founded sentiments of fatherly concern is worthwhile going by the yearly findings of NDLEA Indicating that youth’s involvement in drug abuses are worrisome.

Another related menace is the phenomenon of violent cultism which has precipitated dozens of deaths of young persons in Lagos, Rivers State and Edo State amongst other places.

In Lagos, only few weeks back, the cult group known as “badoo boys” literally took over the crime world, killing, maiming and destroying lives and property of mostly residents of Ikorodu.

Recently, there have been many unexplained deaths of young persons in situations that aren’t too far from involvement in the social vices of drugs.

Recently, a friend of David Adeleke, the young musician known as Davido died in yet unexplained circumstances but one general story was that the young man consumed several tots of intoxicants in a drinking spot in Lagos shortly before he died of suffocation.

Amidst the harvest of natural and mostly unnatural deaths of young Nigerians comes the tale of hundreds of fatalities in high seas of young Nigerians making deadly efforts to cross over to Europe via the Mediterranean Sea apparently due to the large scale life threatening insecurity in Nigeria.

And now there is a report that over 90 percent of all early marriages occur in Africa and Nigeria occupies a notorious spotlight.

Early marriage denies girls the economic opportunities and the development of their human capacities that are their fundamental human rights.

Early marriages in Nigeria have often exposed Nigerian youngsters to fatalities from health related challenges during child births which incapacitates them for a life time. These young girls put in family ways are confronted by the danger of sexually transmitted diseases like cervical cancer, Malaria, death during childbirth,and obstetric fistulas(www.ncbi.nlm.nih.gov).

Lastly, there is a new report of large number of young children of the few privileged Nigerians suffering from obesity.

The number of obese children and adolescents aged five to 19 years worldwide has risen tenfold in the past four decades, a UN – backed study has revealed.

The World Health Organization (WHO) said in the study that if current trends continued, there would be more obese children and adolescents than those moderately or severely underweight by 2022.

The study led by Imperial College London and WHO was published in The Lancet, to commemorate the World Obesity Day

Ms. Fiona Bull, Programme Coordinator for Surveillance and Population-based Prevention of Non-communicable Diseases at WHO, said obesity was a global health crisis.

Bull said: “These data highlight, remind and reinforce that overweight and obesity is a global health crisis today, and threatens to worsen in coming years unless we start taking drastic action.

“It looked at body mass index (BMI) from weight and height measurements of nearly 130 million people, including 31.5 million youth aged five to 19.

Combined, the number of obese five to 19 year olds rose more than tenfold globally, from 11 million in 1975 to 124 million in 2016 while an additional 213 million were overweight in 2016 but fell below the threshold for obesity.

“These worrying trends reflect the impact of food marketing and policies across the globe, with healthy nutritious foods too expensive for poor families and communities,” said lead author Majid Ezzati, a professor at Imperial’s School of Public Health.

But Ironically, whilst the children of the few privileged class suffer obesity, over 2.5 million children in the North East suffer from malnutrition.

Just as the Senate President has rolled out legislative agenda for resolving much of these developmental challenges confronting the youth, the executive arm must also enforce policies and programmes to check these ugly trends.

For instance, the ministries of women Affairs; youth affairs, women development center; wife of the president and wives of governors should synergize to operationalize concrete youth-based programmes to cut down on youth involvement in crime and violence.

These projects can also be anchored around the implementation of sporting fiestas, cultural and social events and vocational trainings to keep the younger persons busy and creatively productive. We need to set up more functional sporting facilities in our local government areas to catch young sporting talents and keep our youngsters busy. The Secondary school sports must be reinvigorated and sports clubs should spring up in local communities supported by the private sector as part of their corporate social responsibility.

Nigeria needs the youngsters to be able to become an important player in this twenty first century’s world whereby information technology and knowledge economy leads the global way to sustainable development.

Can Nigeria Gain From English Football?