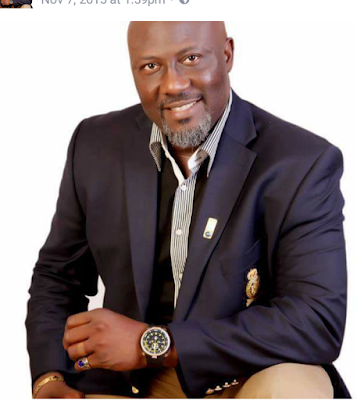 Legal officials from Independent National Electoral Commission (INEC) stormed the Senate wing of the National Assembly on Tuesday armed with a Notice of Recall for Senator Dino Melaye, lawmaker representing Kogi West.
The INEC officials arrived the complex about 11 am just as lawmakers resume from their two months holiday to a closed door session.
The INEC officials went straight to the office of Melaye but met the door locked.
They have specific instructions to deliver the notice directly to the lawmaker.
Unable to deliver the Notice to him in his office, INEC officials left the heap of documents they came with by the door.
They then spread themselves in different strategic locations in and out of the upper legislative chamber in “ambush” for Melaye.
Melaye was later sighted a few minute after talking to his aides outside of the Chamber.
Melaye had on Monday told journalists that he was not prepared to make himself available to INEC in anyway in the on-going exercise to recall him arguing that the period of 90 days given to INEC to conduct the exercise has expired.
The embattled lawmaker said with the expiration, what INEC plans to do is unconstitutional which he would not be a part of.