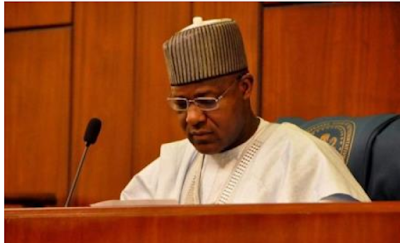 YOU ARE INSENSITIVE TO SOUTH EAST PLIGHTS- HURIWA TELLS SPEAKER DOGARA: A civil Rights group- HUMAN RIGHTS WRITERS ASSOCIATION OF NIGERIA (HURIWA) has carpeted the Speaker of the Federal House of Representatives Mr. Yakubu Dogara for his callous insensitivity to the feelings of the families in the South East of Nigeria who lost their members during the inauguration of the controversial operation python dance 11 by the Nigeria Army in the Five South East states. HURIWA said the failure of the Speaker of the lower chamber of the National Assembly to even mention the cases of extralegal killings that took place in Aba and Umuahia in Abia State few days ago when the heavily armed soldiers were deployed to the South East of Nigeria is an indication that he lacks the necessary leadership qualities to guage the pulse of the nation just as it shows him to be a politician who lacks compassion and human empathy to champion the cause of the continuous democratization of Nigeria. HURIWA in the statement made against the backdrop of the speech at the resumption from vacation by the Federal House of Representatives by the Speaker Mr. Dogara in which the politician was completely silent about the alleged violations of the rights to life of the members of the self determination group- indigenous people of Biafra (IPOB) and many innocent citizens, criticised this inhumane and conspiratorial silence. HURIWA stated that:”The Speech by the Speaker of the federal parliament in which he glossed through the serious incidents that happened in the South East of Nigeria as if the human lives wasted by soldiers and the dozens of persons tortured by soldiers are mere objects is the most insensitive and irrational action that are not in tune with the democratic rule and indeed this total lack of compassion by the Speaker shows that he lacks what it takes to be a genuine nationsl leader. The statement he made stating that the agitators for self determination are not to be sympathised with because they disrespected the Nigerian Constitution shows that the Speaker may as well be acting as a supporter of dictatorship since he saw nothing untoward with the large scale deployment of armed soldiers to parade the streets of South East of Nigeria that were hitherto peaceful. Nigeria is indeed in a very bad situation and grossly underrepresented if those elected to serve as checks to the excesses of the Executive branch of government are too afraid and timid to take constructive stand to protect and promote the human rights of all Nigerians irrespective of whether they are in conflict with the law and this anti-Democracy tendency will hasten the destruction of civil rule and instigate full blown tyranny. Is the Speaker who is a lawyer not aware that it is a crime against humanity for soldiers to shoot and kill unarmed civilians without provocation? Is the Speaker not aware that Nnamdi Kanu was in his residence when the armed soldiers shot sporadically killing many of his cousins and unarmed members of the now proscribed IPOB? This indeed is the height of wicked insensitivity on the part of the House Speaker. Today indeed is a bad day for lovers of himan rights”. HURIWA recalled that the Speaker had stated that: “We are all aware that during the recess, the agitation by a group of persons based in the south eastern geopolitical zone of the country and the heightened call by many groups for restructuring of the country dominated discourse in Nigeria. It is in this regard, that I wish to commend our religious and traditional rulers, leaders of various ethnic nationalities, elder statesmen, security agencies, the Governors and indeed governments of the states in the Federation for their display of statesmanship during this period”. HURIWA also recalled that Dogara said thus: “As an institution, this House stands firmly on the side of those who seek equity, fairness and justice so long as such is pursued in accordance with the provisions of the Constitution of the Federal Republic of Nigeria which we as Honorable Members have sworn to protect and preserve. Anyone or group who assaults our Constitution will not find a partner here because our oath of office repels it, but those who stand for justice, fairness and equity will have partners in us because our oath of office compels it.” HURIWA condemned the Speaker for also backing the military deployment to take over the ordinary law and order job that falls strictly under the jurisdiction of the police just as the Rights group carpeted the Speaker for backing the anti-NGO bill which HURIWA considers as a prelude to the full declaration of autocratic regime by President Muhammadu Buhari.