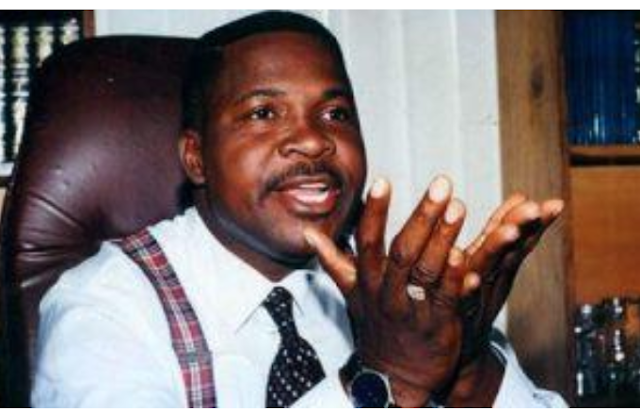 Constitutional Lawyer and Human Rights Activists, Chief Mike Ozekhome has rejected the description of IPOB by the Nigerian Military as a terrorist organization saying the federal government appears to be selective in its pronouncement.
Ozekhome who was reacting to the Defence headquarters categorization which was arrived at because IPOB was said to be in possession of weapons, had a secret service and was planning a national guard, wondered why other groups had not been declared terrorists organizations.
Continue reading… The Senior Advocate of Nigeria recalled the activities of the deadly and murderous Fulani herdsmen who go about killing, maiming and raping Nigerian, the killers of score in Agatu and Southern Kaduna yet nobody declared them as terrorist organizations wondering if the federal government is operating two sets of laws for two sets of Nigerians.
He said, “I do not believe the instances cited by the Defence Headquarters justify declaring IPOD a terrorist organization”. “The last time I checked, I can’t remember any of such organizations operating in the country being declared terrorist organizations”.
“The herdsmen who go on rampage daily, maiming, raping, killing, those responsible for the Agatu massacre, Shiites massacre, Southern Kaduna progrom, indiscriminate killings, brazen quit notices givers, across Nigeria, etc, have never been arrested, prosecuted, let alone being proscribed and stigmatized.as terrorist organizations.
“We must surely have and operate two sets of laws for two sets of peoples in Nigeria. Nigeria, we hail thee”. “A government should be seen to be fair to all component