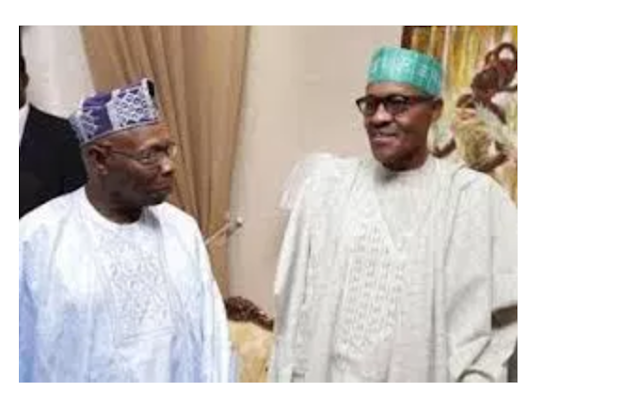 Former President Olusegun Obasanjo says President Muhammadu Buhari has not disappointed him.
The elder statesman said this on Thursday during an interview with Christiane Amanpour, CNN’s chief international correspondent. Obasanjo said Buhari should be given credit and encouraged to do more. “President Buhari has not disappointed me. Yes, he is fighting corruption, he is fighting insurgency,” he said. “We are not there yet and it is not a one night wonder. With what he has done, we should credit him and encourage him to do more.” Obasanjo also said the military regime of Sani Abacha, former dictator, imprisoned him because of his support for democracy, but he regained freedom because Nigerians and the international community were on his side. Abacha’s government had accused Obasanjo of participating in an aborted coup. He was released after Abacha died on June 8, 1998. “I spoke for democracy. 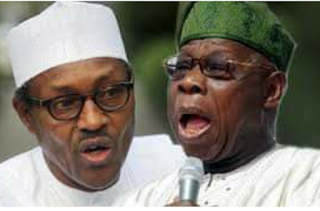 I said if any military man wants to continue to rule, he should put off his military uniform and contest election and for that, I was put in jail,” he said. “But when I was in jail because Nigerians and the international community stood for me, I came out of jail.
When I was released from jail, the hope I had materialised. I am an optimist. I am always full of hope. I look for the best even in the worst of situation.” Obasanjo also appealed to African leaders to embrace change and tackle the continent’s challenges. “There are many challenges.
How do we feed our population that is supposed to double in about a generation from now? How do we provide jobs for them and employment? Now, these are the challenges. It cannot be business as usual. We cannot sit in the cool and comfort of our past and think that we will be able to bring about change. Change has to come,”
From Diaspora Reporters

ON ISLAMIC POLICE AND BIAFRA SECURITY BY EMMANUEL ONWUBIKO