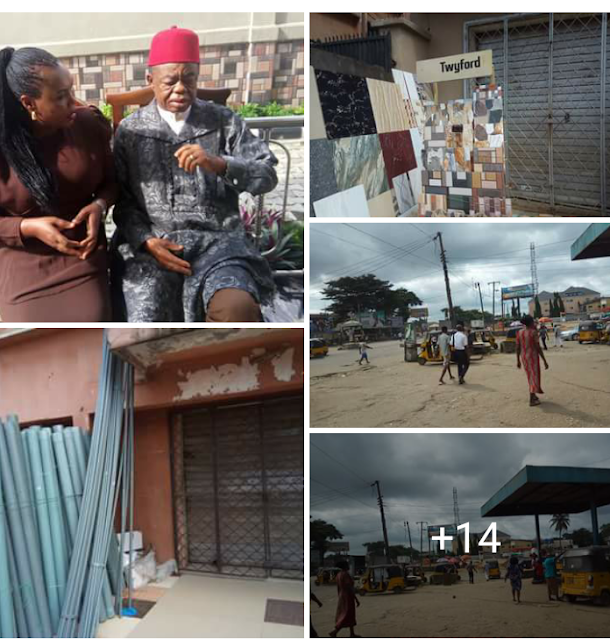 Residents of Aba and it’s environs have been advised to Stop peddling rumors capable of destroying a people.
The Chairman Abia State Councill of traditional rulers HRH Eberechi Dick gave the charge while responding to series of rumors of homicide in Aba that kept many awake yesterday night.
While debunking the rumor at half past 9 o’clock in the morning, Eze Dick said with the security meeting between the Nigerian Army, traditional rulers and the Abia state governor held yesterday in Umuahia there is need for everyone to keep calm and go about their businesses.
Meanwhile with the yesterday’s rumor there are skeletal movement of people in Aba is as some out of fear stayed at home, others closed their shops while many are busy going about their businesses.
There are movements in and outside Aba as the military where seen at their usual checkpoints calmly going about their statutory responsibility.
However, some major markets in Aba are under lock and key which might not be unconnected to fear.
Exactly half past 10 o’clock in the morning and from the Enugu Aba/ Port Harcourt Express way, Linda Osuala reporting