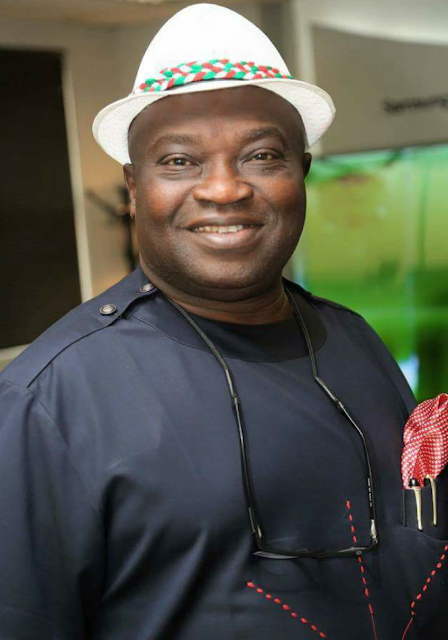 The governor warned the members of IPOB, others against street protests, spreading of falsehood and engaging of other illegal activities.
Ikpeazu who stated this in a press conference held today in Umuahia, was reacting following a continuous clash between the members of Indigenous People of Biafra, IPOB, and the men of Nigerian Army.
He said;
Gentlemen of the press, permit me to use this medium to update my brothers and sisters of Abia State origin, and those living and doing business in the state on the current security situation.
Dear brothers and sisters, the security situation in the state in the past few days, which led to the deployment of soldiers into our state ahead of the Operation Python dance 11, has become of great concern to both the government and the citizenry.
After several interventions, I want to inform you that by tomorrow morning, there will be withdrawal of solders from the streets at Aba and Umuahia, apart from the pre-existing military checkpoints at various location in the state.
With the expected exit of soldiers from the streets, we must warn that we will not tolerate agitators and protesters taking over the streets for any reason at all.
I will also be meeting the President and Commander-in-Chief of the Armed Forces, President Mohamaudu Buhari, to discuss possible ways of relaxing the Operation Python dance 11 in the state for now.
Our attention have been drawn to ugly incidences of attacks on police stations and military posts at Aba and Umuahia and we hereby warn that we will no longer tolerate that, and all other acts that are capable of causing insecurity in the state.
We have also observed illegal acts of throwing petrol bombs and setting up of bonfires to obstruct free movements along some roads by suspected miscreants and wish to warn that such acts should stop forthwith.
To mischief makers who want to use Abia as their base, let me announce to you that henceforth, Abia will be too hot for you to carry out your wicked acts as the government will work with security agents to ensure the protection of lives and properties in the state without fear or favor. There will be no hiding place for you.
At about midnight yesterday, we received security reports that hoodlums and miscreants, some of whom were allegedly brought into the state by unscrupulous individuals, were mobilizing around Uratta road at Aba with a view to converging at Ariaria International Market to burn it down. Their aim was obviously to take advantage of the security situation in the state to cripple the economy of the state and cause widespread suffering.
It was this group that originated the rumors of attacks and counter attacks around the area and also tried to create panic to force people out of their homes to enable them execute their evil intentions under the cover of orchestrated crises.
Thankfully their plan was nipped in the bud by the combined team of soldiers and policemen that promptly moved to the area and later positioned around Ariaria market to protect the lives and properties of our people.
We have it on good authority that the same group of hoodlums attempted to burn down the police station at Ariaria market early today and security agents are currently on the hunt for them and those outside the state who are sponsoring their evil actions. Not even one of them will escape the full weight of the law.
Members and sympathizers of the Indigenous People of Biafra (IPOB) should henceforth desist from spreading false rumors capable of throwing our state into disorder. Those spreading such falsehood will be dealt with, according to the Law.
My fellow Abians, it is in the interest of all our citizens and residents for full and total peace and security to return to our state immediately. No meaningful progress can be made in an atmosphere of violence and and anarchy.
Those at Aba are therefore advised to fully observe the current curfew in the city and ensure that they cooperate with security agents to maintain peace and order.
I swore to protect lives and properties of all Abians and residents and that I must do. I therefore call on all to support our efforts at making sure that lasting peace prevails in our dear state.
God bless Abia State.
God bless the Federal Republic of Nigeria
Dr Okezie Ikpeazu

THE LEADERSHIP CURSE OF SOUTH EAST BY EMMANUEL ONWUBIKO