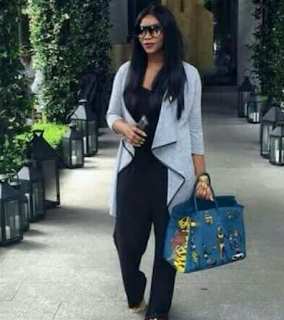 *If there ever was a Nigerian Celebrity who could pull off a secret wedding, it would be Genevieve Nnaji. The ultra-private Actress kept her teenage daughter away from the public for many years and now, unconfirmed reports says she has tied the knot in a private ceremony in Portugal. She obviously leant a thing or two from her former beau, Dbanj
Several News outlets are pointing at suspected “engagement” ring on her finger to prove that she was engaged at some point. Miss Nnaji is one of the Continent’s most easily recognisable faces and a Society wedding would have been tantamount to a National event

Another Psquare Fight? There has been underground gists that once again, all is not well in the Psquare camp