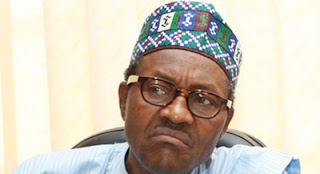 A pro-democracy and non-governmental body- HUMAN RIGHTS WRITERS ASSOCIATION OF NIGERIA (HURIWA) has demanded an end to the military occupation of South East of Nigeria. Arguing that the Federal Government of Nigeria under president Muhammadu Buhari must be restrained from unleashing instability and destruction of private assets in the South East, the Rights group said over half a century after the Nigeria/Biafra civil war, the devastated infrastructures of the old Eastern region were never rebuilt. In the statement denouncing the ongoing military activities in the peaceful South East of Nigeria by the Nigeria Army, the Rights group said the central governments must not be allowed to destroy property and assets built up after the war by individuals in South East of Nigeria. The Rights group had in the media statement endorsed jointly by the National Coordinator Comrade Emmanuel Onwubiko and the National Affairs, Miss Zainab Yusuf, wondered why the Nigeria Army did not make use of the large expanse of land known as Sambisa forest for the python dance since it had made several claims of chasing away armed boko haram terrorists. The Rights group which likened the ongoing military operation as a declaration of state of emergency by another guise stated that the peaceful and unarmed groups such as the indigenous people of Biafra (IPOB) do not pose any threats to the territorial integrity of Nigeria. HURIWA stated that most people in the South East calls the operation as military occupation because of the skewed concentration of virtually seventy five percent of military weapon depots and institutions in the North of Nigeria just as it called on the National Assembly to compel the Nigeria armed Forces to decentralize the location of strategic military infrastructures across the geopolitical zones making up Nigeria to douse the mutual recrimination and suspicions that the Army is dominated by Northerners. Besides, the Rights group lamented the rapid decline of respect for human rights in the ongoing internal military operations in the South East just as it reminded the military hierarchy of the doctrine of compact making it necessary for military violators of human rights of civilians to face either military trial or prosecutions in the regular courts. “We condemn the invasion by the armed security forces of the premises of the Nigerian union of journalists in Umuahia whereby many reporters were attacked and their media facilities destroyed. We condemn the indiscriminate shooting of civilians protesting the military deployment and we completely condemn the attempt to illegally subject Nnamdi Kanu to house arrest”.