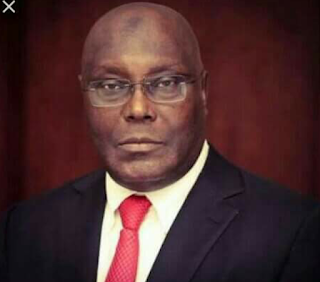 ATIKU ASKS ANYONE WITH EVIDENCE OF CORRUPTION AGAINST HIM TO COME FORWARD
**The former Vice President wrote.. “As wisely reported
in the Press. Anyone who has evidence of corruption against me should please come forward #TheAtikuChallenge. A Twitter user Jamaiyi Ibieneye turned up with what can only be described as a power move, with pages of  documents from the US Senate
Sir, Ibieneye wrote, this documents can explain why you avoid US. The document is titled “Keeping Foreign Corruption out of the US, four case histories”. The documents details the allegation of corruption the United States have against the former Vice President
It alleges that Atiku
through his fourth wife, Jennifer Douglas Abubakar funneled over $40Million into United States, including at least $1.7Million in bribe payments from Siemens AG

ON ISLAMIC POLICE AND BIAFRA SECURITY BY EMMANUEL ONWUBIKO