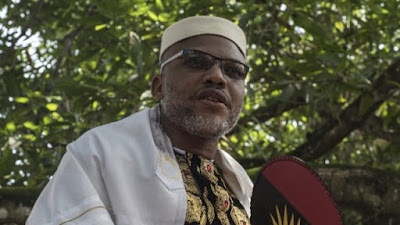 A pro-democracy and non-governmental organization HUMAN RIGHTS WRITERS ASSOCIATION OF NIGERIA (HURIWA) has alleged that President Muhammadu Buhari maltreats the Igbo speaking population of Nigeria like the outrageous way the ROHINGYA Ethnic groups are treated by the Myanmar’s regime.
HURIWA also described as unconstitutional and illegal the massive military occupation of the South East of Nigeria in what is called operation python dance II, saying that the deployment was an unnecessary show of force meant to provoke the civilian population so as to ignite needless extralegal executions similar to the May 2016 massacre of over 600 unarmed members of the Indigenous peoples of Biafra (IPOB) in the South East of Nigeria.
HURIWA said the massive deployment of troops to all the South East states at such a peace time violates sections 217 and 218 of the Constitution of Nigeria which prescribes modalities for military deployment including the demand on the reflection of federal character Principle in the composition of the hierarchy of the Armed forces of Nigeria.
Besides, the Rights group has vehemently condemned as criminal and a gross violation of the constitutional provisions and particularly the chapter four which contains the provisions on human rights, the reported attempted invasion by armed soldiers of the country home of the leader of the Indigenous Peoples of Biafra (IPOB) Mr. Nnamdi Kanu in Afara-Ukwu, Umuahia, in Abia State.
Stopping short of calling the ongoing military deployment in all of South East of Nigeria as a declaration of illegal war against the civilian and peaceful people of the South East of Nigeria, HURIWA has asked the United Nations and African Union to note that President Muhammadu Buhari is treating the over 50 million Igbo speaking people just like the ROHINGYA tribal people of Burma through a well-coordinated deprivation and denials of the constitutionally guaranteed freedoms.
“We call on the United Nations and World leaders to take special note of the systematic marginalization of Igbo people by the current government of Buhari similar to the experiences of ROHINGYA ethnic group of Burma. This current federal administration of Muhammadu Buhari has rightly been accused by Northern Christian leaders of carrying out systematic islamazation agenda. It is a notorious fact that President Buhari immediately he was sworn in  on May 29th 2015, told the global press in faraway United States of America that he will certainly favour the North which gave him 95% of their votes whereas the South East which gave him only 5% votes would be short changed.”
HURIWA which condemned the Federal government for persistently alienating the Igbo speaking persons from top notch defence and political positions in clear violations of section 14 (3) & (4) of the constitution of the Federal Republic of Nigeria, has also failed to stop the incessant violent invasions of villages by armed Fulani herdsmen, his Kinsmen, resulting in the killing of scores of innocent persons in the South East.
“This same President has shortly after returning from a 103 days medical tourism in the United Kingdom has ordered armed soldiers to storm the South East of Nigeria to crush unarmed members of the Indigenous Peoples of Biafra (IPOB)”.
HURIWA said the failure to appoint an Igbo speaking military chief to represent the Igbo which is a major ethnic group violates the Constitution which demands equitable distribution of positions to reflect national spread and federal character as stated in section 14(3) & (4).
Specifically, Subsection (3) of section 14 states thus: “The composition of the Government of the Federation or any of its agencies and the conduct of its affairs shall be carried out in such a manner as to reflect the federal character of Nigeria and the need to promote national unity, and also to command national loyalty, thereby ensuring that there shall be no predominance of persons from a few State or from a few ethnic or other sectional groups in that Government or in any of its agencies.
Whilst subsection (4) of section 14 affirmed that: “The composition of the Government of a State, a local government council, or any of the agencies of such Government or council, and the conduct of the affairs of the Government or council or such agencies shall be carried out in such manner as to recognize the diversity of the people within its area of authority and the need to promote a sense of belonging and loyalty among all the people of the Federation.”
The group said it was unjust and unfair that the National Defence Council could decide to deploy armed security forces to the South East of Nigeria without the inputs of any military representative of the Zone in a federation of equal partners.
HURIWA has therefore condemned the reported attempt on the life of the leader of IPOB who is on bail from a Federal High Court just as the Rights group recalled that the federal government had through the justice minister asked the court to revoke the bail.
Wondering whether the reported attempt was a subterfuge to create anarchy around the vicinity of the Country home of the IPOB’S leader so as to find the flimsiest of excuses to assassinate him even before the next date the Federal High Court had scheduled for the pending court case.
HURIWA also accused the Buhari’s government of abuse of power and wondered why President Buhari has consistently deployed armed soldiers rather than engage in constructive dialogues with the unarmed agitators for self-determination.
HURIWA also accused President Buhari of selective amnesia and double standards by refusing to arrest Arewa youth who had issued a quit notice against Igbo in the North and encouraged the circulation of a song in Hausa language demanding genocide against Igbo for supporting agitation for self-determination.
HURIWA which expressed strong apprehension that the ongoing military operation in the South East of Nigeria is devoid of clear rules of engagement has also called for the deployment of United Nations peace keeping force to the South East to checkmate the armed Nigerian soldiers from committing large scale extralegal killings of civilians.

The officer who killed his girlfriend has been sentenced to death by hanging.