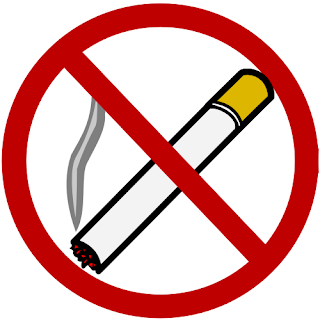 As a way of contributing to the promotion of the principle of accountability and transparency, officials of the Federal Inland Revenue services (FIRS) should be deployed to police headquarters and state commands to take inventory of donations and cash payments made to Nigeria police Force by corporate bodies and individuals.
Besides, the Rights group has resolved to send a letter to the Federal Minister of Health Professor Isaac Folorunsho Adewole to urge him to partner with the National Assembly to introduce a legislation banning the sale of cigarettes to teenagers by ensuring that when in doubt, cigarettes’ sellers should demand for birth certificates from the customers before selling as is the practice in most developed societies. The group said this policy will check health hazards and reduce incidents of social maladies.
The pro-transparency and non-governmental organization –HUMAN RIGHTS WRITERS ASSOCIATION OF NIGERIA (HURIWA) made the observations on the need to post officials of Federal Inland Revenue Services to the Force headquarters and police state commands against the backdrop of the allegation that the inspector General of police Alhaji Ibrahim Kpotum Idris diverts at least N10 Billion monthly generated from sundry payments by crude oil companies, Embassies and rich individuals to the police for deployment of armed security operators to work for these patrons.
HURIWA recalled that Bauchi born Senator Isah Hamma Misau alleged that 50,000 policemen are attached to oil companies, banks, and private individuals with regular payments made to the police authorities even as these monies are estimated to run into billions of naira and are diverted.
In a media statement calling for a thorough investigation of the widespread allegation of diversion of billions of revenues, HURIWA called on president Muhammadu Buhari to direct the Federal inland Revenue services and the joint tax board to post trusted forensic account officers to the police formations so official receipts are issued for all payments and the revenue paid directly into the treasury single account (TSA).
In the statement, the National Coordinator Comrade Emmanuel Onwubiko and National Media Affairs Director Miss Zainab Yusuf, HURIWA expressed shock that president Buhari has so far maintained loud silence to the cacophony of corruption allegations made by a senator against the inspector General of police.
“HURIWA is by this statement tasking President Muhammadu Buhari to set in motion a machinery for the comprehensive investigation of all the claims and counter claims made by Senator Missau against IGP and the belated and seemingly diversionary accusation against the Senator for being a deserter. Nigerians needs to get full disclosures regarding the very damaging corruption allegations made by Senator Misau against IGP.”
HURIWA stated that it is a notorious fact that Embassies, crude oil prospecting companies and rich individuals are protected by the armed guards posted by the office of the Inspector General of Police and it is known that these corporate individuals and organisations pay some forms of fees to the police. The Nigerian government should investigate the police authority with a view to ascertaining the amounts of revenues being generated and why they aren’t been remitted to the Federation Account of the Federation of Nigeria. If these monies are diverted then they must be traced and returned to public coffers. There is also the issues of donations to the police by rich individuals and state governments. Nigerians should be told why these cash are frittered. The current IGP should be suspended pending the determination of the investigative hearing.”

THE LEADERSHIP CURSE OF SOUTH EAST BY EMMANUEL ONWUBIKO