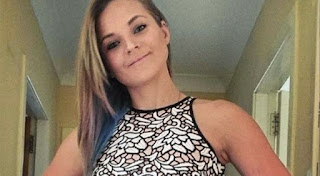 A veterinary nurse has been found guilty of deliberately poisoning her dog with insulin in order “to get attention”.
Scottish vet Georgina Bretman, 28, is said to have repeatedly injected her cocker spaniel Florence with insulin, causing the animal to collapse and suffer convulsions and seizures, in a bizarre case of animal cruelty.
The alarm was raised when vets at the private out-of-hours practice where Bretman worked became suspicious after Florence was brought in on multiple occasions for emergency treatment, The Mirror reports.
The damage was so severe that Florence could have fallen into a coma or died.
Bretman was convicted of causing Florence unnecessary suffering, in what is believed to be the first prosecution of its kind.
While no explanation was given as to why Bretman harmed her pet, the court heard she was “an attention seeker”.
Bretman had worked at the out-of-hours clinic Pets A&E in Glasgow.
The court heard employer Lesley Herd had suspected foul play as when she treated Florence she noticed “low blood glucose on each occasion”.
Mrs Herd also told the court that “the fact that the dog was normal between episodes” lead her to become “suspicious that insulin had been administered to the dog”.
Mrs Herd said she even correctly predicted that Florence would be brought in for treatment when Bretman had the night off.
She said Bretman was “quite attention-seeking”.
Mrs Herd was the one that alerted animal protection officers to the miss-treatment of Florence.
Bretman denied being responsible in the trial, saying she just wanted to find out what was wrong with her pet.
In 2013, Florence was taken out of Bretman’s care and has had a clean bill of health since.
The charge carries a maximum penalty of £20,000 ($A25,000) or up to one year in jail.
Bretman’s sentence will be determined next month.
FROM THE DESK OF ANIMAL RIGHTS WRITERS ASSOCIATION OF NIGERIA
https://au.news.yahoo.com/a/36866673/scotland-vet-nurse-georgina-bretman-guilty-over-animal-cruelty/