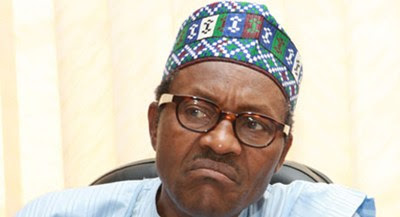 A pro-democracy and non-governmental organization – HUMAN RIGHTS WRITERS ASSOCIATION OF NIGERIA (HURIWA) cautioned President Muhammadu Buhari and his service chiefs not to unleash bloodshed in the south East of Nigeria in the guise of attempting to crush the so-called Baifra security services.
HURIWA accused President Muhammadu Buhari of brazen double standards by his plot to go after the Biafra Security Services even when his administration is aware that sections 214(1) and 10 of the Constitution of the Federal Republic of Nigeria outlaws such contraption like the Hisba/Islamic police currently operating in Kano and Sokoto states.
Similarly, the presidency has been condemned for comparing the armed Islamists of Boko Haram to the Europe registered Indigenous People Of Biafra (IPOB) which is purely a non-violent and self-determination campaign platform.
HUMAN RIGHTS WRITERS ASSOCIATION OF NIGERIA (HURIWA) said President Buhari committed serious semantic and logical fallacy to have even contemplated the comparison of a terrorist group such as Boko Haram ranked as the top most mass killers in global terrorism index to such pro-independence but completely non-violent groups like the indigenous peoples of Biafra (IPOB) which the Rights group reminded President Buhari that the group legitimately administers a radio station based in the United Kingdom from where he (Buhari) had just returned after spending three months on extended medical leave.
HURIWA lamented that President Buhari has by the reported illegal directive to his service chiefs to crush a purely civilian-led vigilante group that bears no arms or poses no danger absolutely to the territorial integrity of Nigeria, betrayed his disdain for the Igbo race even as the Rights group criticized President Buhari for failing to appoint a representative of the South East of Nigeria amongst the military chiefs.
In a statement endorsed jointly by the National Coordinator Comrade Emmanuel Onwubiko and the National Media Affairs Director Miss Zainab Yusuf, HURIWA said it was regrettable that at such a top security meeting in which the security future of the South East of Nigeria was top-most item in the agenda, not one Igbo-born Military General was in attendance. “Why the apartheid-type exclusion of Igbo from the National Defence Council by the Presidency of Muhammadu Buhari?”
“We had prayed for the rapid recovery of President Buhari from a largely unknown but disturbing ailment and for his return back to his duty post, hoping that his experience in the United Kingdom’s medical vacation during which the divine intervention was sought by all and sundry, that he would amend his ways which portray hatred and unambiguous disdain for the Igbo and pick a trusted Military General of Igbo as a Service Chief to represent the ethnic nationality that constitute the tripod of the Nigerian nationwood with well over 60 million indigenes. We are shocked to read that his first meeting after his lengthy stay in hospital abroad at public costs, was to illegally direct that a non-violent group such as IPOB be crushed.”
HURIWA lamented that the Buhari’s government has failed to prosecute the thousands of detained terror suspects belonging to Boko Haram armed Islamists group but has consistently released, rehabilitated and compensated these mass murderers.
“The same administration that recently released five notorious commanders of BokoHaram terrorists in the guise of negotiated settlement for exchange with some hostages taken by the mass murderers three years ago from the Christian community of Chibok in Borno state, has continued to release hardened terrorists and deploying public fund to cater for the so-called deradicalisation of persons who should be dealt with in accordance with the laws of Nigeria as mass murderers. This same administration has asked armed soldiers to go after civilian vigilante group only because the memberships are Igbo speaking. This same administration is aware that the armed forces of the Nigerian state is partnering with civilian joint task force in North East of Nigeria or is it because the civilian JTF are mostly Moslens and Northerners? This unfair and unjust directive is reprehensible, despicable and absolutely unacceptable and illegal as it is discriminatory and unconstitutional”.
“The military must comply with global best practices in their internal military operation and observe the civilized rules of engagement and avoid a repeat of the mass killings of over 500 IPOB members in 2016 which operatives of the armed security services of Nigeria committed and which Amnesty international documented.”
“Let it be known that the blood of the innocent people wasted by trigger happy military and police operatives will haunt the murderers to their deaths. Besides, a flood of petitions on the killings by soldiers/police in Nigeria are already before the International Criminal Court in the Hague, Netherlands and would be pursued vigorously.”