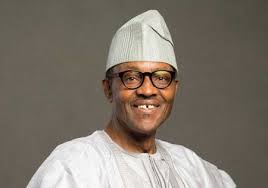 A leading pro-transparency and pro-democracy non-governmental body-HUMAN RIGHTS WRITERS ASSOCIATION OF NIGERIA (HURIWA) said the presidential address made by President Muhammadu Buhari on his return from three months’ medical sojourn in the United Kingdom was not far-reaching and not re-assuring.
The Rights group also said Nigeria’s unity is not cast in iron and is open to continuous negotiations, restructuring and reworking since ab initio the amalgamation of the Northern and Southern protectorates in 1914 which produced the geographical entity called Nigeria was done by the British colonial overlords without the democratic inputs of our forefathers.
The group reminded President Muhammadu Buhari that even the United Kingdom that gave us the independence is open to the possible breakup through the democratic referendum by one of the component parts known as Scotland. “in life one basic fact that is permanent is CHANGE”, HURIWA submitted.
In a media release by the National Coordinator Comrade Emmanuel Onwubiko and the National Director of media Miss. Zaniab Yusuf, HURIWA said the presidential speech was silent on the amount of public fund that has gone into treating just one person in the person of President Muhammadu Buhari including the humongous public fund committed towards the payments of parking fees for the presidential jet and for the expenses on the retinue of aides that spent months in London at public expense.
“We expected Mr. President to apologies for breaching his solemn electoral pledge to end medical tourism and to send an executive bill to the National Assembly to ban all sorts of publicly funded medical tourism. We reject the insinuation from State officials that the treatments were paid for by family of the president because that is being economically with the truth since Mr. President during his medical vacation enjoyed all the presidential privileges and spent all his times in the public house at our own expenses”.
“We expect that as a man who has professed zero-tolerance to lack of transparency and accountability, that he would have okayed the invitation of world’s acclaimed team of forensic financial auditors to look at the finances of the presidency and to make full disclosures on how much of public fund went into his treatment”.
Beside, HURIWA reminded President Buhari that during his absence, the minster of budget and National Planning unveiled the 2017 budget in which he told Nigerians that this government had earmarked N9 Billion to be strategically deployed to stop medical tourism by Nigerians which is draining our National resources of the scarcely available foreign currencies. “Why then is Mr. President an exception to the rule his administration created?”
The rights group also faulted President Buhari’s assertion that the unity of Nigeria is non-negotiable just as the Rights group said such statements are offensive to the provisions of universal declarations of Human Rights and the international Covenant on civil and political Rights.
“May we respectfully remind president Buhari that Article 1 of the international Covenant on civil and political Rights States thus: “All peoples have the right to self-determination. By virtue that right that freely determine their political status and freely pursue their economic, social and cultural development. Article 20 of the universal Declaration of Human Rights averred that: “Everyone has the right to freedom of peaceful assembly and association and no one may be compelled to belong to an association”.
HURIWA also cautioned the Federal government to be mindful of enforcing any anti-democratic decree which stifles free speech in the guise of legislating against the so -called hate speech.
Besides, HURIWA faulted Buhari for failing to order the arrest of the Arewa Youth who issued quit notice to Igbo in the North and who clearly called for balkanization of Nigeria in their public notice read at the Arewa house in Kaduna.
“Why is Buhari prosecuting and persecuting Nnamdi Kanu and IPOB for peacefully canvassing self-determination but has turned a blind eye to the threats on Igbo by Arewa Youth? This is double standards and we expected Buhari to have addressed this serious ethical deficit”.