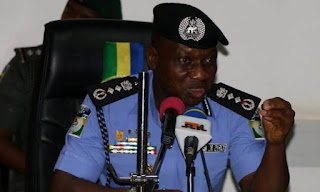 In what is seen as some of the worst cases of abominable acts, a man in his mid 40s, Lucky Akuna, is now on the run, along with one of his unnamed sons, for allegedly sleeping with one of his daughters, 14-year-old Elizabeth Akuna, and getting her pregnant.
It was gathered that Akuna, who is also known as Orutebe, an indigene of Ogulagha Kingdom in Burutu Local Council of Delta State, had admitted being responsible for his daughter’s pregnancy, after being interrogated by leaders of Ugboroke community, where he resides.
The secret was blown open when neighbours noticed that Elizabeth was showing signs of pregnancy. It was gathered that the girl told those who inquired from her that he had been impregnated by her father, who had had sexual intercourse with her a couple of times.
According to a source in the community who pleaded for anonymity, this would not be the first time the man, who is married to two wives, would be involved in incest, citing cases where he had been accused of sleeping with and impregnating his niece.
“He has impregnated his niece on two separate occasions. The girl upon further interrogation also revealed that aside her father, her elder brother from another mother, who is also on the run, deflowered her and had been having intercourse with her,” he said.
Confirming the incident, a source at the Warri ‘B’ Division where the case was reported, disclosed that one of the wives of the suspect, Grace Akuna, was arrested in connection with the incident.
“The wife has since been released following intervention by an Ijaw monarch, but we are still looking for the man and his son,” the police source added.
In a related development, a 30-year-old man, Inusa Aliyu, has been apprehended by the police for allegedly sleeping with his 14-year-old daughter in Katsina State.
The incident, which occurred in Rafin-Makadi village in Rimi Local Council, was said to have been reported to the police by the girl’s mother, Mariya Inusa.
Spokesman for the Katsina police command, DSP Gambo Isah, who confirmed the incident yesterday, said the man was already in police custody while investigation has begun on the incident.
Mariya allegedly caught her husband in the act one night after the daughter had severally told her of her father’s indecent act.
Aliyu was said to have confessed to the crime during police investigation. He was also said to have engaged in the act on the advice of a herbalist, who assured him that doing so would bring him good luck.
Gambo said the victim informed the mother of the sexual affair with her father, but the mother didn’t believe her story until she caught him having sex with their daughter. She promptly reported the case to the police headquarters in Rimi LGA and he was thereafter arrested.
“The girl was rushed to the General Hospital in Rimi for medical attention. The case has been transferred to the state CID for further investigation,” he said.