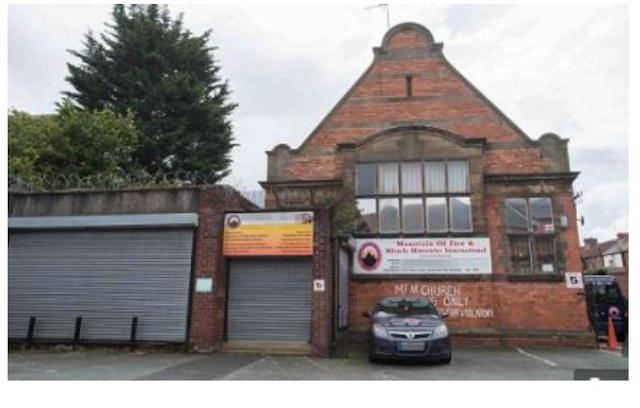 The Mountain of Fire and Miracles Ministry in Liverpool, which is being run by a Nigerian pastor, has been accused of offering ‘dangerous’ therapy to cure gay people of homosexuality,
including a three-day starvation programme.
The accusation comes after ECHO carried out an investigation in the church.
According to the British media outfit, the church which has a branch on Breck Road in Anfield, was found offering gay people the chance to “cure” themselves of their homosexuality through a relentless prayer session involving three days without food or water.
An ECHO reporter who disguised himself as a gay and member of the church was invited for a private counselling session with the church’s assistant pastor, where he was told that being gay is biologically wrong, and that by undergoing prayer therapy it could be corrected to ‘allow him to marry and have children.’
According to the findings, the assistant pastor only known as ‘Brother Michael’ told the reporter that in order for the so-called therapy to be most effective, he would have to ‘humble his soul’ by starving himself and not drinking water for 24 hours before taking part in a weekly prayer session.
After the church’s pastor, Dr. Desmond Sanusi was confronted over the investigation, he claimed that the church does not discriminate against anyone’s sexuality, and that Brother Michael was not acting under his guidance.
He also claimed that in 20 years of similar programmes running, ‘nobody has dropped dead’.
He said: ‘If you come to the church to come and pray to come and know God better you are welcome. We don’t discriminate against people.
‘It’s been running for over 20 years and nobody has dropped dead.’
But Dr. Sanusi added: ‘What [Brother Michael] discussed with you. It is out of my guidance. I am the pastor of this church. It is not a three-day fasting.’
Experts said the methods recommended were ‘dangerous’ and ‘extremely concerning’.

BUT WHAT IS IN A CERTIFICATE? BY Emmanuel Onwubiko