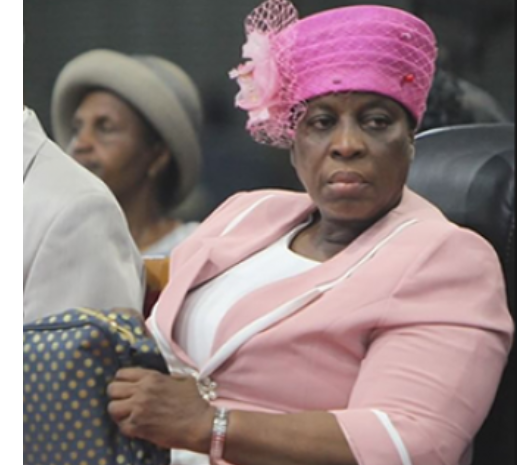 The leadership of the Redeemed Christian Church of God (RCCG), has banned the use of compulsory uniforms also known as Aso Ebi worn at church functions. According to Tribune, wife of the General Overseer of the church, Pastor Foluke Adeboye, disclosed this yesterday, when she spoke at the church’s women’s meeting, which was part of the activities of its 65th annual convention of the church themed “Halleluyah”.
Pastor Mrs Adeboye described as ungodly acts by some church leaders to compel their members to buy and wear a particular uniform aka Aso ebi during any church function. She said that there have been reports that some members of some parishes in the church that cannot afford to buy some of these Aso Ebi’s have been exempted from some church functions. She warned that such un-Christianly act of keeping church members out of programmes because of Aso ebi, must never be heard of again among the women in the church, adding that those caught would be severely sanctioned. According to her,  Aso Ebi which should ordinarily be for the family, must not be elevated to the point of making it to overshadow the spiritual life of the congregants.
Mrs Adeboye also frowned at the idea of what is seen as petty lies during Christian wedding engagement, where those conducting such events would have to engage in lies to make money from the attendees. According to her, there is no white or black lie, small or big lie with God. She stressed that when attendees are asked to bring air fare to fly in an item already provided for at the event venue, those involved are simply engaging in ungodly act which is a sin.
She called for moderation among Christian women, saying that their focus should be bringing halleluyah and spirituality into their homes and not engaging in the ungodly acts of the unbelievers.

Millions of pigs in China set to have better lives, while support grows in Brazil and Chile

Nigeria and the unemployment monster By Emmanuel Onwubiko & Queen Onwughalu

Help solve an ancient mystery about the eclipse: Figure out what the animals do