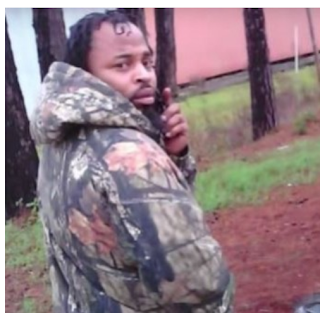 A South Carolina man, Malcolm Orr has been sentenced to 35 years for opening fire at a police officer and shooting him four times as it was captured by a camera in the officer’s glasses.
A jury found 29-year-old Malcolm guilty of attempted murder and possessing a weapon in a violent crime. Orr received maximum sentences.
Solicitor Duffie Stone announced that officer Quincy Smith was responding to a call on New Year’s Day 2016 about someone trying to snatch groceries from customers when he spotted Malcolm walking from the store and ordered him to stop, but Malcolm instead fired eight times at the officer.
The bullets broke two bones in Smith’s arm, severed a vein in his neck, and passed through his upper torso.

I purchased human heart for 10,000 to prepare a charm for good Furtune.

A 26 years old girl murdered by her boyfriend.

We will diversify economy through agriculture- Osinbanjo