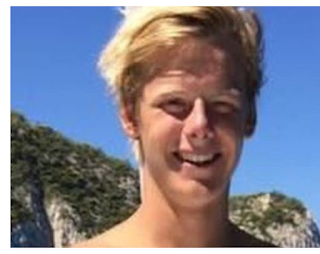 Harry Byatt, a 19-year-old British sailing instructor has died while swimming in Greece. Late Harry who worked in Zakynthos, an island in the south-west of Greece, failed to resurface after diving into the sea. His body was found on the seabed at a depth of around 98ft (30m) on August 6, 2017. The Peligoni Club, where he worked as an instructor, raised the alarm five minutes after he began swimming underwater using a monofin and a mask. He was found unconscious and brought to the surface where CPR was administered, but doctors and medical professionals could not revive him. A statement from the East Sussex college where he studied before becoming an instructor said its community was “deeply saddened” by his death. “Our thoughts are with his family at this incredibly sad time. The college and CCF (Combined Cadet Force) flags will fly at half-mast at the beginning of next term. His parents and sister have asked us to let the college community know and to advise that further details about arrangements will follow in due course.” The Peligoni Club spokesman said: “Three doctors, two guests from the UK and one local doctor, and an army medic from the UK did everything they could to revive him on site whilst awaiting the ambulance.”