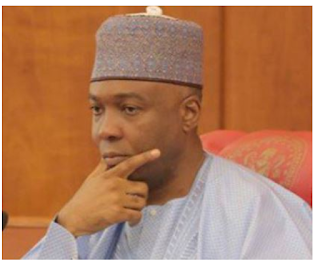 Arthur Ndiwe, an aide of the senate president, Bukola Saraki was quoted saying the office of the senate president conducted a staff audit earlier in the year to thin down the number of aides, which was about 300.
According to him, at least 98 aides have been laid off incluing Saraki’s director of protocol, Folashade Adigun.
However, Yusuph Olaniyonu, special adviser on media to the senate president, said he was not aware of the mass sack “I am not aware of any sack. I am still at work,” he said and at the moment there’s no official statement from the camo of the Senate President to address the news.
According to reports, there are currently about 4,600 legislative aides at the national assembly.