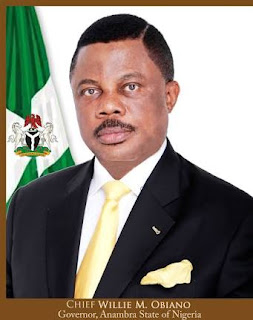 A pro-democracy and Non- Governmental organisation- HUMAN RIGHTS WRITERS ASSOCIATION OF NIGERIA (HURIWA) has condemned the early Morning massacre of scores of worshippers at the Saint Philips Catholic church OZUBULU in Anambra state by armed freelance attackers.
HURIWA accused the Federally controlled security forces in the Anambra state of abysmally failing in their constitutional responsibility and duty to the citizenry by the clear lack of coordinated security operations in that part of Anambra State which made it much easier for hoodlums who are allegedly well armed to drive straight to an important place of worship on a solemn day to commit horrendous mass murder.
In a statement by the National CoordinatorComrade Emmanuel Onwubiko and the National Media Affairs Director Miss Zainab Yusuf, HUMAN RIGHTS WRITERS ASSOCIATION OF NIGERIA ( HURIWA) said it was absolutely unacceptable that humongous budgetary releases are made towards maintaining armed security forces in Nigeria but when the occasion calls for the operatives to exercise their lawful obligations of safeguarding the lives and property of citizens they are not only found wanting but scampering for lazy excuses for such a devastating security breach which occasioned the gruesome massacre of dozens of unarmed and law abiding citizens inside a Church on a Sunday morning.
HURIWA said the serial and spectacular inability of the Nigeria’s federal police to secure Nigerians all across the length and breath of the Country supports the urgency of now to bring about the State policing institutions to be composed of well trained, well motivated and well mobilised Police operatives to secure all parts of Nigeria.
The Rights group has demanded the sack of the Anambra State Police commissioner and the Director of State services (DSS) for sleeping on their constitutional duties which allowed armed freelance killers to embark on this despicable rampage with far reaching damages to many precious lives of Worshippers.
The group however asked state houses of assembly and governors to set up armed vigilante to be stationed in communities and made up of well trained, motivated and paid volunteers from the communities to bridge the apparent lacuna noticed in the modus Operandi of existing security forces which are centrally located only in major cities or attached to politicians as bodyguards.
HURIWA quoting impeccable reportorial source recalled that an unspecified number of people have reportedly been killed at St Phillip’s Catholic Church in Ozubulu, a town in Ekwusigo local government area of Anambra state.
A witness said some gunmen, who concealed their identities with masks, broke into the church around 6am when the first mass service was holding just as the eye witness affirmed that the armed mass murderers after they gained entry identified a particular man whom they shot.
HURIWA also recalled that the gunmen then reportedly went on rampage and “shot at the remaining worshippers numbering over 100”.
“HURIWA hereby condemn this atrocious and primitive attack targeting these soft targets as an outrageous and barbaric act which must not go unpunished. Government must wake up from slumber and play its legal duty of protecting the lives and property of the Nigerian citizens”.
“We in the Human Rights community are indeed shocked and disappointed that with all the security votes spent in buying vehicles for the Nigeria Police and other security forces that this type of brazenly murderous atrocities can happen and the perpetrators were neither stopped from carrying out their dastardly crime nor were they arrested so as to prosecute and punish them severely for these grave crime against humanity. Anambra State governor must ensure that those who planned and executed this massacre in Ozubulu are arrested, prosecuted swiftly and decisively punished to serve as deterrent. By the way why is Anambra state not secured additionally by armed vigilante similar to the civilian joint task force that exists in some states even when billions are expended as security votes yearly?”.