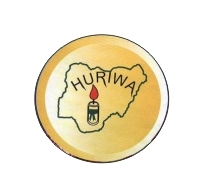 As a civil rights body with specific focus on good governance, constitutionalism, stability and security of lives and property of Nigerians, we are of the conviction that the armed Islamists known as boko haram terrorists in the North East of Nigeria are far from being defeated.
The well-armed terror gangs are on consistent and well-coordinated suicide attacks targeting several governmental institutions such as the university of Maiduguri, and places of worship resulting in the killing of dozens of Nigerians. Dozens of internally displaced persons have been bombed to their early graves by suicide bombers.
It is a sad fact that government at the center sought to play political goal by announcing the defeat of the terrorists because this claim by different top officials of the Federal government is far from the truth and the existential, Empirical and practical facts on ground in the North East show that boko haram is far from being defeated decisively.
This government even farcically wasted several man hours and resources to fly members of the Bring back our girls NGO around the large expanse of evil forests known as Sambisa forests. Fighting terror is a bipartisan project and nationalistic. Political propaganda does not win terrorists.
President Buhari’s government shouldn’t have played partisan politics with the counter terror war because this terror group has much more wider reach across almost five countries of the West African sub-region including Cameroon, Niger and Chad. Boko Haram terrorists are affiliated to Islamic state of Syria/Iraq and partner with the Somalian armed Islamists so they mean business.
The counter terror war should be waged professionally meaning that the armed forces of Nigeria and their partner combatants drawn from the other member nations of the sub-regional counter terror military joint fighting force should go back to the drawing board and Work out fool proof strategic combat model to put boko haram terror network out of circulation. The US state department has even stated that Nigeria is not winning the war on terror.
It seems government is much more focused on scoring political goals than realistically routing out boko haram terrorists. This is unacceptable.
In waging the counter terror war internally, the Nigerian government must transparently procure military hardware’s and 21st century compliant weapons to decimate degrade and defeat boko haram in the field. It seems there are widespread procurement corruption in the military with regards to the war on terror.
Government must understudy the remote and immediate cause of frequent suicide missions by young girls.
We need as a nation to meticulously unravel the recruitment processes and the exact genesis of those being deployed as suicide bombers. The members of the civil population must be made owners of the process of waging DE-radicalization crusade against Boko haram terrorist’s recruitment capacities.
Nigeria must answer the interrogation requiring the uncovering of the foundation of the dozens of teenage girls that are being deployed for suicide bombing campaigns because if we don’t find out the origin of the suicide bombers then it is impossible to seek to reach an end to the menace which are creating chaos and disorder in the North East of Nigeria. The terrorists still possess generous capabilities to recruit and train members. Government must weaken these major capacity of the terrorists.
Nigerian Federal government and the State governments in the front line States of the war on terror should make use of powerful radio and TV stations to massively enlighten their people on the need to volunteer useful information strictly in confidence to the military department or civil authority so immediate remedial action is adopted to stop them from joining boko haram.
The military should stop generating so much propaganda and focus basically on destroying the tap roots of Boko haram terror networks.
Importantly, the reason for the resurgence of terror attacks is the exchange of top commanders of Boko Haram terrorists without government coming up with a plan B on how to neutralize them when eventually they were released in the exchange for few Chibok girls. It is evidently clear that some fundamental errors and miscalculations were made by the security forces and the political authorities of the Nigerian State in the implementation of the agreement with these terrorists for prisoner swap.
Government of President Buhari must prosecute the boko haram terrorists in detention. The piecemeal release of these terrorists without prosecution for the massive killings of over 30,000 Nigerians amounts to impeachable offence.
The office of Federal Attorney General must be tasked to professionally prosecute the detained boko haram terrorists. So far the government lacks the political will to bring perpetrators of terror attacks to justice. This is highly unconstitutional and reprehensible. The victims of these terror attacks will never forgive Nigeria for this huge injustice.
*Comrade Emmanuel Onwubiko is a former Federal Commissioner of the Nigerian National Human Rights Commission; a member of the Presidential panel on dialogue and resolution of conflicts in Northern Nigeria(PCCDR) established by the immediate past President. He is the National Coordinator/Founder of Human rights writers Association of Nigeria(HURIWA), the frontline civil society organisation in Nigeria.

Citizens groan in darkness as politicians spat By Emmanuel Onwubiko