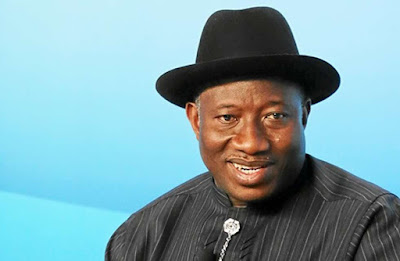 A pro-democracy and Non-governmental organization –HUMAN RIGHTS WRITERS ASSOCIATION OF NIGERIA(HURIWA) has traced the numerous criminal attacks targeting family members or property of the immediate past president Dr Goodluck Jonathan to the cocktails of coordinated hate speeches spewed out by officials of the current Federal government under president Muhammadu Buhari targeting ex-President Goodluck Jonathan.
The group said it was illegal for persons holding strategic offices in the current administration to have deployed public resources at their disposal to wage consistent propaganda war aimed at graphically painting the family members of the immediate past President as corrupt when there is no court judgment to that effect.
“When a government at the highest level spends humongous amounts of public fund to spread false accusations and soft tissues of half-baked propaganda to castigate family members of the man who peacefully handed over power to them, then their fanatical supporters and other free radicals will cease upon these agenda of demonization and criminalization of this family to legitimize any attacks or even crimes targeting the family members of the erstwhile President. The Presidency and EFCC are responsible for these rash of attacks on the former President. This trend must stop to avoid the consequences of what may follow any direct attack (God forbid) on the person of the former President by hoodlums”.
Piqued by the consistent pattern of violent attacks targeting the erstwhile president, the Rights group has therefore tasked the presidency to order the key officials of the current Federal government to end the verbal attacks and hate speeches directed at erstwhile president Dr. Goodluck Jonathan.
The Rights group also wants the Economic and Financial Crimes Commission(EFCC) under  acting Chairman, assistant commissioner of Police Alhaji Ibrahim Magu to desist from the orchestrated media persecution of the wife of the immediate past President and family members even as these damaging unconstitutional image demolitions in the court of public opinion are seeking to paint them as public enemies when in actual fact there is no valid judgment of the Competent court of law that has made categorical statement validating the weird allegations of heist of public fund bandied about by EFCC in the public space against the family members of the immediate past President.
The group tasked the EfCC to follow the law and stop media trials of suspects.
“We are convinced beyond all shadow of doubts that all the armed hoodlums targeting family members of the former president are motivated and emboldened to undertake their dare-devil violent attacks against the person of the former president and family members following the constant verbal bombshells from government officials and the Economic and Financial Crimes Commission (EFCC) aimed at demonizing the family of the immediate past president.
The Rights group in the statement by the National coordinator Comrade Emmanuel Onwubiko recalled that it was not long ago when some militants reportedly attacked the convoy of former President, Goodluck Jonathan in Yenagoa, Bayelsa State even though the Bayelsa state police command spoke from both sides of their mouth on the incident.
HURIWA recalled that report has it that the suspected militants were said to have trailed a motorcade conveying the former president from the Julius Berger bridge area of the state capital, Yenagoa to his residence in Kpansia area of the town.
HURIWA further recalled that recently, the son-in-law of former President Goodluck Jonathan, Prince Goodwill Edward, was shot by unknown gunmen in Calabar. Edward was reportedly shot in his State Housing Estate residence in the Calabar Municipal axis of the Cross River State capital.
HURIWA also recalled that the last stroll that broke the Carmel’s back was the last weekend’s attack of the Abuja home of former President Goodluck Jonathan.
The Rights group whilst condemning the recent burglary carried out by armed mobile policemen guarding the house, has asked that the security forces must be much more professional and avoid recruiting thieves who would tarnish the institutional image of the Nigeria police and bring international opprobrium to the Country.
The group has called for the ethical overhaul of the Nigeria police to weed out the many bad eggs damaging the corporate image of the institution.

The officer who killed his girlfriend has been sentenced to death by hanging.

“ONLY THOSE LOOKING FOR APPOINTMENT WANT RESTRUCTURING”: AN OPEN LETTER TO ACTING PRESIDENT YEMI OSINBAJO.