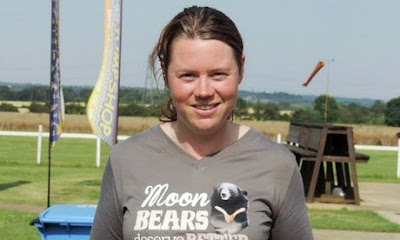 A tiger that killed a zookeeper in Cambridgeshire was a rare Malayan male called Cicip, the park’s director has said, explaining the decision to let the animal live.
Rosa King, 33, died at Hamerton Zoo Park on 29 May after Cicip entered the enclosure she was working in and attacked her. The zoo described King’s death as a “freak accident”.
Cambridgeshire police said they did not believe the incident was suspicious, but have launched a joint investigation with Huntingdonshire district council to establish how the animal was able to come into direct contact with the keeper.
Andrew Swales, director of the park, said Cicip – who was not harmed in the encounter with King – would be spared. “This has been supported by Rosa’s parents who have confirmed that this [the tiger being killed] is not what she would have wanted,” he said.
The park, which has been closed since the incident last month, will reopen on Friday following a licence and public safety inspection by the council.
“The decision to reopen has been taken in consultation with the police, our staff and Rosa’s family, and while this remains a very difficult time for all concerned, there has been tremendous support for this,” said Swales. “As always, the safety of our staff and members of the public remains our key priority.
“Rosa was the life and soul of Hamerton Zoo Park. She loved working with animals, particularly the big cats, and was an inspiration to those of us lucky enough to work with her as well as the many visitors who benefited from her knowledge and passion for wildlife.”
An inquest into King’s death was opened and adjourned at Cambridgeshire coroner’s court in Huntingdon last week. Senior coroner David Heming said King died of “traumatic injuries” and that the investigation into the circumstances of her death would “take some time to complete”.
Advertisement
Following King’s death, her family said she “lived and breathed a vocation that meant the world to her”. “She wouldn’t have done anything else,” said her mother Andrea. “It’s what she has always done. It’s what she has always loved.” King had worked at the zoo for around 14 years. Her funeral was held on Wednesday.
Nicola O’Brien, campaigns director at the Captive Animals Protection Society, had urged the zoo not to kill the animal “for doing what it does naturally”. An online petition calling for the tiger to be saved, because it had done “only as its instinct tells it”, achieved over 40,000 signatures.
In July 2013, keeper Sarah McClay died after being mauled by a Sumatran tiger at South Lakes Safari Zoo in Cumbria. The zoo was fined £255,000 at Preston crown court in June last year. The animal, named Padang, was also spared following the attack, with McClay’s family agreeing that it was what the 24-year-old would have wanted.
https://www.theguardian.com

A 26 years old girl murdered by her boyfriend.