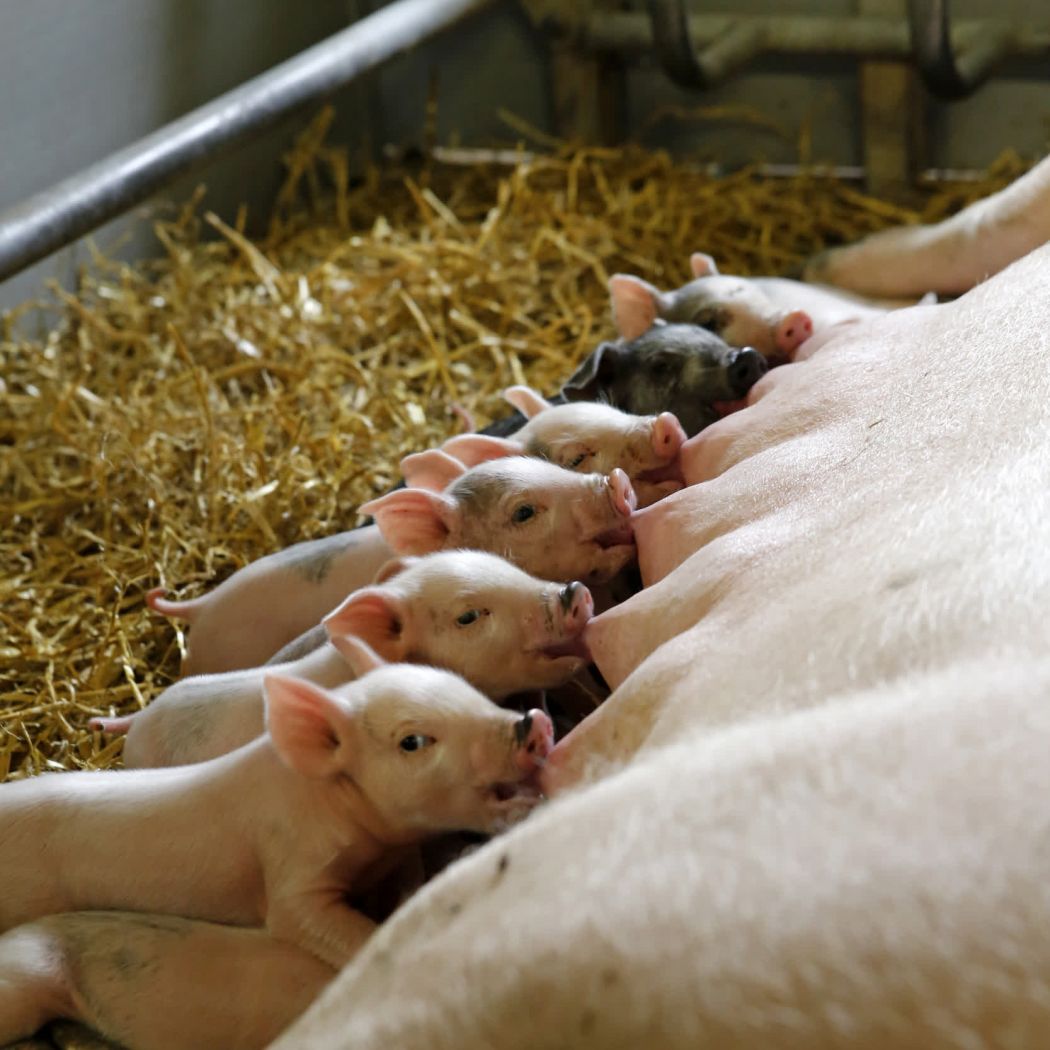 Our work to improve animal welfare practices globally is paying off for pigs. A landmark agreement has been signed in China, and a new campaign has already gained the support of 22,000 people in Latin America
We’re pleased to share the news that we have signed a landmark statement of intent with Da Bei Nong – one of China’s leading agricultural producers – and the International Cooperation Committee of Animal Welfare (ICCAW).
With guidance from our experts and the ICCAW, Da Bei Nong will start a trial of higher animal welfare production for pigs this month, with the aim of scaling-up these efforts from 2018. The statement was signed in Beijing last week (Monday June 5).
The world’s biggest animal welfare issue
The treatment of farm animals is the world’s biggest animal welfare issue – and it’s getting bigger.
More than 70 billion animals are farmed for food each year, two-thirds of them in conditions that mean they can’t move freely or live naturally.
China farms a huge percentage of the world’s animals, and is home to over half of the world’s pig population.
Demand for pork has meant many food suppliers are overlooking animal welfare in favour of low cost meat – resulting in the suffering of millions of pigs every day. Sows are often confined in crates or cages for most of their lives.
A timely change to protect animals
Da Bei Nong currently has 60,000 sows producing upwards of a million pigs.
The decision is set to change the lives of millions of pigs, as the company embarks on ambitious expansion plans. The producer will be trialling more space for sows and growing pigs, and animals will also be provided with effective enrichment and comfortable flooring.
The signing of this landmark agreement shows a shift in China’s pig industry.
More companies and organisations are recognising the importance of higher animal welfare practices and the positive impact it can have on production and sustainability in China.
‘Harmony between animals and people’
On signing the statement, our China country director Zhao Zhonghua, said:
“Better animal welfare not only alleviates suffering, it leads to healthier animals, safer food for consumers and sustainable profit growth for farmers and producers.
“It is a mutually beneficial choice for our pig industry.”
Mr Song Weiping, vice president of Da Bei Nong, said:
“We are committed to the promotion of animal welfare, and to the production of high quality and safe pork for our customers.”
In China, consumers are increasingly demanding higher welfare products.
Our 2016 survey found two thirds of people in China would be willing to pay more for higher welfare pork. Of those surveyed, 90% said they would be willing to change their buying habits, to move to pork products from pigs that have lived better lives.
Change Pigs’ Lives campaign grows
On the other side of the world in Brazil and Chile, more than 22,000 people have joined our new campaign #ChangePigsLives.
Launched last month, the drive is pushing governments to legislate for higher animal welfare standards for pig production.
Brazil is the fourth largest pork producer in the world.
While there has been recent progress by industry, over 42 million pigs continue to suffer at the hands of outdated, cruel practices in the country.
Most sows will spend their entire lives in small crates – a practice banned in the European Union and several countries worldwide.
The campaigns in Brazil and Chile call for group housing with room for sows to move, with enrichment to alleviate boredom, the end of cruel mutilations on piglets including the cutting of teeth, ears and tails with no anesthesia, and more space for growing pigs kept in sheds to avoid fighting and the spread of disease.
www.worldanimalprotection.org

Norway digitising the literature of Nigeria

HURIWA TO FG: YOU ARE WEAK ON SOUTH AFRICA OVER KILLINGS: