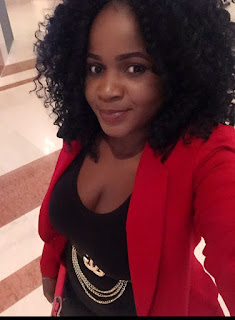 With politics being one of those dirty games of money and power, the game has today gone dirtier than ever. Blame it on the politicians, or blame it on us, because there are always two sides to a coin. We love blaming the politicians for harming our lives for hampering their own greed, yet very few of us even think of taking an initiative towards changing the political system of our country. The youth of the country being the prime assets of any nation are still found pondering over the pros and cons of politics and whether or not there is any future in it. The truth is, politics frames the nation’s future and it is still surprising to see the political system run by some old middle-age corrupt officials and leaders to frame the future of our nation instead of fresh and intelligent young minds. All of us could really question the morality and applicability of the corrupt political system in the nation, but the fact is that nothing can be done about it because when it comes to getting into the system and getting a change, mostly people take a backseat. It could probably be because not many of us have actually sat down and thought of the benefits and the rewards we could reap out of being a part of the game and by doing something actually good. So here is a list of some of the best reasons which could lure you to take a step ahead into the world of politics. 10.

WHAT IS AGE?  : Well, truly, once you enter into politics, you might as well forget your age and also forget the time lapse of when you entered politics at 30 and now surprisingly you are currently 60. There is no retirement age in politics. Reap the benefits; exploit the power, endlessly and forever, till your last breath if you could sustain the game. Also, student politics has been on the rising at many college and university levels, thus giving future aspiring leaders to showcase and use their leadership skills, and if they could lead a college student union, leading the nation wouldn’t be far behind. This way, by the time the young leaders pass out of college and turn 25 in order to be a Member of Parliament, they are ready to take the nation in their hands and run it successfully.

LUXURY PRIVILEGES : Everything for an MLA or an MP is funded, in short, for politicians. Right from your house loans to your car purchase to your kids’ education, everything comes to you directly on a gold plate. Your spending’s are cut down largely as most of your daily needs and long term requirements are taken care of and handled as long as you are able to maintain your position as a minister. Your foreign trips, irrespective of it being national or international, personal or professional, everything is sponsored and funded by large political parties and the government.

8. REMOVE THE WEAK FROM POWER : There are two ways to bring a change into the political system: exercise your right to vote, or simply enter politics and be the change you wish to bring. The latter can thoroughly be exercised and there are chances of it being successfully capable of throwing away all those weak and corrupt leaders who make a mock out of the political system. When you know it is time to eliminate the old and corrupt ideas in exchange of fresher and intellectual ideas, that’s when young politicians need to take charge and take an initiative.

7. YOU ARE ALWAYS EMPLOYED :Yes, that is true. You will never get fired because in the game of politics there is no one boss. Unlike another profession wherein one can easily be removed or fired off their position by their employer, such is not the case with politics. Once in every 4-5 years the election takes places, and that is the only deciding day for a minister to come or not come into power. Even if a minister loses a particular election, it does not mean that he is completely out of the game of politics. He is well supported by the political party he belongs to and if his supporters feel that they could use him as an asset to the nation, the politician equally has the chances of getting back to power through elections again. There is no permanent firing off the game.

6. SHARPEN YOUR COMMUNICATION SKILLS : Being a good orator is one of the most prime signs of a good political leader. Therefore, speaking with good and powerful oration would not only help you gain the motion from the audience, but it also inculcate a larger sense of fluency in what you talk and what message you deliver to the crowd. It is not easy to gain the popularity and win the hands of a large crowd. Thus, people who enter politics and get into power automatically gain that confidence and trust in how they speak and what they speak, making them good orators and speakers.

5. GO HAND IN HAND WITH THE WORLD :New doors open up to information and knowledge once you enter politics, especially because as a political leader, you are expected to know of everything not only going on around you and in your nation, but also function and work parallel to what is going on outside the country. Being update is one of the most necessary attributes of a leader, and entering politics will not only open up sources of information and power but also help you create a network through which you can remain update and answer every and any question factually and confidently.

4. EMBARK A SOCIAL STATUS FOR YOURSELF : All what matters in the game of politics is proper knowledge and using the resources in the right and proper way. Once these two goals are achieved, you have achieved a high social status for yourself in the society. No matter how much people blame politicians for whatever reason and action of theirs, the fact remains that immense power and status lies only in the hand of political leaders. The biggest events, parties, conferences will always witness a large number of politicians as they are considered to be the most influential in stature. No graduation scores and mark sheets count in politics, because a politician’s image anyway gets magnified.

3. GENERATE YOUR IDEAS AND BRING A CHANGE : Craft your positive and futuristic ideas for the nation in such a way that you are able to implement them in a positive and proper framework. You are into politics, you have got the power, the power and the willingness to change some of the old existing ideas into fresher practical methods and raise your voice and establish your opinion more freely and authoritatively.

2. POPULARITY AND ATTENTION : Who doesn’t like a bit of attention? And even better when you got all the attention and popularity immersed upon you by millions of people and crowded gatherings. Every person wants to know and delve into the lives of famous leaders and politicians, no matter how much they are disregarded for their corrupt actions. The truth is, everyone likes the popularity and that is what will inspire you to climb the ladder of success and reach the power you desire.

One thought on “Why youths should get involved in politics, by onwughalu Queen”