DONATE
February 22, 2017 Huriwa 0 Comments
*WANTS UN PEACE ENFORCERS TO STOP XENOPHOBIC KILLINGS:
The Acting President Professor Yemi Osinbanjo has been told by the Human Rights Writers Association of Nigeria (HURIWA) to summon the South African High Commissioner to Nigeriato protest the incessant killings in Xenophobic upheavals masterminded by black South Africans.
HURIWA also asked the United Nations Security Council to send peace keeping missions to black townships in South Africa to prevent xenophobic attacks against Nigerians and black Africans by black South Africans because the South African police in the last decade and half has failed to stop these killings and prosecute and punish the perpetrators. 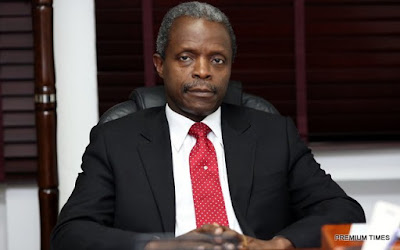 The group is of the considered opinion that in addition to the international mechanisms to check the spread of the  violent xenophobic attacks against Nigerians and Africans, the Nigerian government needs to adopt a number of measures including downgrading the diplomatic relationship with South Africa and to severe trade exchanges to demonstrate Nigerian government’s sensitivity to the wellbeing of Nigerians living in South Africa who are on the frontline of Xenophobic attacks over the last 17 years.

HURIWA also think the docility of the ordinary Nigerians in Nigeria in the face of the frequent xenophobic attacks directed at Nigerians in South Africa is disheartening just as the Rights group asked Nigerians to organize themselves in Abuja and Lagos and proceed on peaceful protests to the High Commission of the Republic of South Africa in those cities and consider boycotting South African telecommunications and satellite television services until the South African government put an end to these killings.
In a media release endorsed jointly by the National Coordinator Comrade Emmanuel Onwubiko and the National Media Affairs Director Miss Zainab Yusuf, HUMAN RIGHTS WRITERS ASSOCIATION OF NIGERIA (HURIWA) a Pro-democracy and Non-Governmental body lambasted the Nigerian authority for its consistent weakness in confronting the South African government for doing practically nothing to put to a permanent end the periodic Xenophobic violence directed majorly at Nigerians in South Africa.
HURIWA further lambasted the Nigerian government for handling the important issue of preventing genocide in South Africa by black South Africans with kid gloves for only sending a timid letter from a low rated Senior Special Assistant on Diaspora Affairs Mrs. Abike Dabiri when the highest political authority in Nigeria headed for now by the Acting President would have acted promptly since the strategic foreign policy objective of Nigeria is threatened.
“We are shocked that the Nigerian government has not prioritized the protection of the sanctity of the lives of Nigerians in South Africa in the same way that most civilized democracies handle the wellbeing of their citizens in foreign jurisdictions”.
“We are disappointed that the hard earned property of Nigerians and precious lives of Nigerians in South Africa are put in danger since last weekend but till date all the major South African businesses in Nigeria are going on as if the lives of Nigerians matters very little. Again, the Nigerian Federal government has not thought it wise to convoke an emergency Federal Executive Council meeting on this Xenophobic attacks against Nigerians by black South Africans with a view to adopting a definitive stance against this genocide.”
Besides, HURIWA wants the Federal Government to report the South African government not only to the weak African Union (AU) but must immediately approach the United Nations Security Council  to demand that the United Nations immediately takes diplomatic measures and military measures to put an end to the serial xenophobic attacks against Nigerians and other black Africans.

According to the Rights group quoting documentary sources: “We are worried that from recorded history, prior to 1994, immigrants from elsewhere faced discrimination and even violence in South Africa. After democratization in 1994, contrary to expectations, the incidence of xenophobia increased. Between 2000 and March 2008, at least 67 people died in what were identified as xenophobic attacks. In May 2008, a series of attacks left 62 people dead; although 21 of those killed were South African citizens. The attacks were apparently motivated by xenophobia. In 2015, another nationwide spike in xenophobic attacks against immigrants in general prompted a number of foreign governments to begin repatriating their citizens.”
The Rights group asked the Acting President Yemi Osinbanjo a professor of law to take action now to protect Nigerians particularly because of the Constitutional obligation enshrined in Section 19 of the Constitution of the Federal Republic of Nigeria of 1999 (as amended) which averred thus: “The foreign policy objectives shall be -(a) promotion and protection of the national interest; (b) promotion of African integration and support for African unity; (c) promotion of international co-operation for the consolidation of universal peace and mutual respect among all nations and elimination of discrimination in all its manifestations; (d) respect for international law and treaty obligations as well as the seeking of settlement of international disputes by negotiation, mediation, conciliation, arbitration and adjudication; and (e) promotion of a just world economic order.”
HURIWA has also told the Nigerian government that the constant xenophobic attacks against Nigerians are clear signs that the CITIZENS’ DIPLOMACY and the critical foreign policy blueprints of the Nigerian government has failed the test of time making it categorically imperative that steps are adopted to prevent the mass killings of Nigerians in foreign jurisdictions.