Last week, lots of dramatic scenarios played out regarding what then was the proposal by the Iconic musician Mr. Innocent Tuface Idibia to lead out disaffected Nigerians in a nationwide protest against the exorbitant and excruciating costs of living. 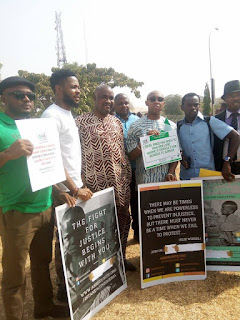 ON EXTRALEGAL KILLINGS AND TORTURE: BY EMMANUEL ONWBIKO