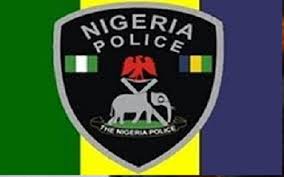 Police detectives have arrested a suspected fake medical doctor, Yonlonfun Celestine, who operates a clinic and maternity home at Tomaro, a riverine community in Apapa area of Lagos.
The suspect was arrested following a report made at the police station of the death of a pregnant woman in his ‘unlicensed hospital’, called Be Well Hospital.
The 39-year-old suspect, who hails from Badagry, claimed he attended a School of Nursing in Cotonou, Benin Republic. He, however, admitted dropping out of the school before he returned to Nigeria in 2004.
In his statement, the suspect said he had the ambition of becoming a real doctor, but could not attain his dream for reasons he refused to disclose.
“I dropped out of secondary school while in JSS 3. I later left for Cotonou, Benin Republic. In 2003, I enrolled in School of Nursing in that country but I could not complete my course.
“I came back to Nigeria and immediately tried to fulfil my age-long dream of becoming a doctor. I opened a clinic in my one-room apartment at Tomaro in 2004, but I started practising fully as a doctor in 2005. In 2015, I built my own hospital and I have helped to deliver many babies in the area. A lot of pregnant women come to my hospital to register for antenatal.
“Since I started, I have only recorded two deaths in my hospital. I refer cases that are above me to one hospital in Tolu area of Ajegunle.
“I was arrested after a woman and her child died in my hospital. The woman was pregnant and was at the same time convulsive. So her husband brought her to my hospital. Initially, I told them that I would refer them to the hospital in Ajegunle, but her husband continued to beg me to take her in,” he added.
The suspected fake doctor said it was one of his friends who helped him to produce the fake University of Ibadan certificate that was found in his possession. “I paid him N70,000 for the fake hospital documents and certificates,” he said.
The Lagos State police boss, Fatai Owoseni, said investigations revealed that the certificate of Medical and Dental Council of Nigeria (MDCN) and a certificate purportedly issued by the University of Ibadan, were fake.
“We have contacted the Medical and Dental Council of Nigeria, who have since said that the man is not their member,” he added.In a related development, the Nigerian Navy has begun massive crackdown on impostors, who are using naval uniforms and accoutrements to deceive, intimidate and defraud unsuspecting members of the public.
The mandate to ensure that any impostor does not go scot-free was borne out of the fact that several cases of security breaches and criminal activities involving fake naval personnel have been reported by victims of the proscribed maritime outfits namely: Nigerian Merchant Marine, Nigerian Merchant Navy Corps, Global College of Marine and Technology, Merchant Navy Maritime Academy as well as Nigeria Merchant Navy and Maritime Law Enforcement Agency, among others.
Spokesman of the Navy, Chris Odogwu Ezekobe, who disclosed the new onslaught against the fake naval officers, said: “In view of the fragile security situation in the country, particularly in the Niger Delta area, the activities of these illegal and proscribed maritime security organisations have posed great danger to the frantic efforts by the Nigerian Navy and sister security services to mitigate the security challenges in the country.
“Consequently, operatives of the Nigerian Navy in conjunction with other security agencies have maintained red alert vigilance to ensure that the naval impostors are promptly apprehended.“This effort paid off on October 18, 2016 when one Mr. Allen Benson Edema was arrested dressed in the uniform and accoutrement of a naval Commodore, (equivalent to a Brigadier General) within the premises of the National Assembly, Abuja.
“The fake naval commodore, who was arrested alongside another suspect, also dressed up in naval uniform, is alleged to be the arrow head of a fake maritime security organisation that goes by the name Nigerian Merchant Navy Corps, which has also been proscribed.
“Furthermore, another six persons were arrested by operatives of the Forward Operating Base (FOB) Badagry, on 15 November, 2016 for impersonating as personnel of the Nigerian Navy. The suspects, who were dressed in naval uniform with rank badges of the Nigerian Navy claimed to be members of another proscribed Maritime security organisation called Nigerian Merchant Marine.
“The above mentioned arrests made between November 15 and November 18, 2016, add up to several cases in which operatives of Nigerian Navy and sister security agencies have acted swiftly in apprehending impostors. To this end, the general public is advised to kindly report suspicious behaviour of anyone or group of persons, who claim to be personnel of the Nigerian Navy or found to be dressed in naval uniform and accoutrement.”

What to know about President Mohammed Buhari,

Tiwa Savage Arouse her husband with her transformer skirt

Have-a-go heroes: the women saving elephants in their free time