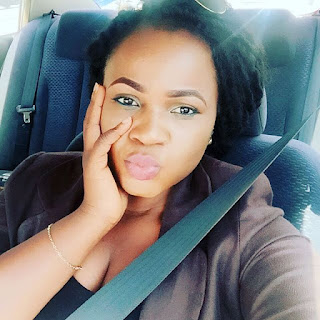 Research has shown that ladies of 21st century no longer find it fun in the hand of guys that are yet to make it big. the say that no one knows tomorrow mean nothing to to them anymore.
Following this research by some intelligent researchers , i have to use questionnaire method to get to my own conclusion.
Firstly i was able to find out from a lady who told me that she got married to a guy she loved with all she had, that she gave the guy all her savings just for him to use and pay his house rent when the guy finished his NYSC and was still applicant, she fed and cloth the guy till the guy got a job , that as she was talking to me , they guys left her and married another girl. reason is just that he had always loved girls with big boobs that her own is not big at all and that he enjoys it going out with a big curvy girl while she is just a normal slim girl.
This his reason goes the other way round to some guys.   which left me with a question if the guy was blind when he was busy enjoying her body for free and eating her money.
The most annoying one is when a married woman told her story on how her husband whom she married with great love when he had nothing, quarreled    with her family who forced her not to marry without going to school. that she ignored that holding on the promise the husband made to send her to school once he gain employment. that now, as she was talking to me, that her husband is now doing well. and  no longer find her attractive , no respect as a wife, that womanizing is nothing to write home about even under her nose.  do you even know that he almost sent her packing when she reminded him of the promise  he made about sending her to school. that he always tell her that if she like she should go so that he can marry a woman that suit his status.
Tears rolled down my chicks my a man walked up to me and told me that he want to take me to an important occasion that the wife is no presentable enough to attend such occasion, i was forced to ask why and he told me that he married the wife when he had nothing so the wife had to stop school. and now that he has made it big that the wife has gone deep into child bearing and she does it well so no need sending her back to school, and her communication covers home and market so she cannot fit in such occasion…………..
with all i have gathered, i blame girl little, adding that the true test of loyalty in a man is when he has money not when he is broke.
A guy can be acting so humble, faithful, fidelity, respectful only when he is yet to get what he want.
80% out of 100% of guys in a relationship when they are broke turn out to leave the girl when they make it or if they manage and settle for the girl whey are are broke, they will make the marriage hot for the wife when they make it. only 20% person will remain nice and caring till the end.
My nest article will be how to differentiate the 20% from the 80% , stay tuned .
.