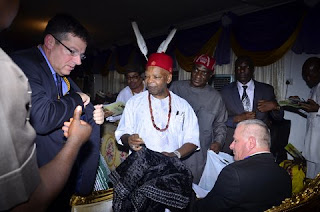 Ukpo, the serene town in Anambra State will around the Christmas period up until the eve be agog with cultural and traditional revivalism/convivialism with the celebration of a unique Igbo traditional feast known in Igbo cosmology as ofala.
For many years running, thousands of tourists and lovers of African traditional culture have come to accept and have consistently booked this annual Ukpo Ofala in their yearly social calendar because of how the main promoter of the event Prince Arthur Eze, the younger but beloved sibling of the respected traditional monarch of the town Igwe Dr. Robert Eze, the Okafia VI has internationalised the festivity.
This year’s edition is on the pipeline and from impeccable sources this writer learnt that like the previous editions, the men and women of timber and caliber (apologies to Late Chief Kingsley Mbadiwe) will inevitably storm the venue of the festivities.
Chief Chidi Okolo the media aide of Prince Arthur Eze and Vice Chairman of the Ofala Ukpo organizing committee confirmed that the 2016 edition of Ukpo Ofala will be electrifying even as all the movers and shakers of politics and business in Nigeria are being invited as special guests of honour.
As a member of the human rights community, my interest in penning down this article is to celebrate the significant role that this type of cultural events play in the advancement of civilizations and unification of humanity. 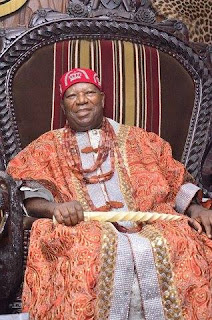 Rare butterfly spotted in Scotland for the first time since 1884