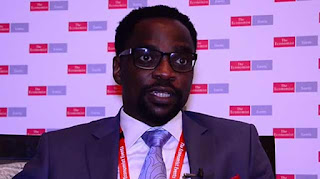 The Federal Government has pledged to partner with an indigenous human capital development consultancy firm, Productive People, to help achieve government’s objective of moving from “human resources to human capital.”
A Senior Special Assistant to the President on Job Creation and Youth Employment, Mr. Afolabi Imoukhuede, said this yesterday in Lagos during the first year anniversary of the firm with the theme, A Night of Black Glam with Productive People.
Imoukhuede, a guest speaker at the event, noted that in the diversification drive of this administration, it is their responsibility as a government to create an enabling environment for the private sectors to operate, thereby creating jobs in the process.
He said: “The era of free or cheap money is gone, hence the need to empower the youths. What we are trying to do to ease unemployment. That is why we are here, and we are going to partner with them.”
Founder of the firm, Mark Igbinedion, said though the recession was not the reason for the creation of the firm, added that during recession, “we should all seek to help one another and that is what Productive People is out to do.”

Also, the firm’s staffing specialist on finance and banking, Iyanu Jubreel, noted that the world has “evolved to where we all need to think creatively, productively and innovatively” if the barrier of poverty must be broken.